If victims are subjected to persistent anti-social behaviour it can really have a devastating impact on them, particularly if it is deliberately targeted against them, if they are already vulnerable, or if they cannot resolve the issue but instead feel like they are being passed from one organisation to another to deal with it, with no satisfactory outcome ever being reached.

What is Anti-Social Behaviour

Anti-Social Behaviour is a very broad term which can describe a wide range of unacceptable activity including crime, nuisance, harassment and disorder. It leaves people feeling alarmed,

harassed or distressed, either within their own community or neighbourhood or in their own home. 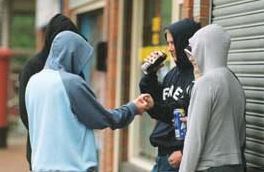 what defines anti-social behaviour therfore varies greatly, but lists generally tend to include the following:

You will also have local councillors. They are elected representatives who are there to work with you and others to deal with any problems in your area. Councillors, can raise your concerns with the local council and with other organisations, and can help you by trying to make progress on difficult issues. They then can report back to you on what has happened. Councillors can either be contacted via your local council or you can attend their advice meetings. 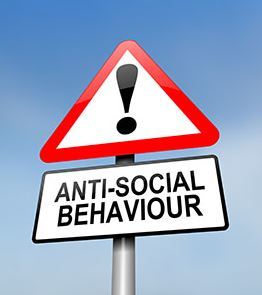 You can report problems to your Neighbourhood Policing Team, who work in local areas directly with residents to resolve crime and anti-social behaviour problems. To report anti-social behaviour that is not an emergency, people should either contact their local police force or dial 101. (Respectable Providence)

However, if it is an emergency, such as a crime is being committed, someone is injured, being threatened or is in danger, or if someone suspected of committing a crime is nearby, you should always dial 999.

You can also pass on information anonymously about crimes to the independent charity Crimestoppers. They can be contacted on: 0800 555 111 or via their website: www.crimestoppers-uk.org. They are available 24/7.

Neighbourhood Wardens or Neighbourhood Managers provide another avenue that you can go down to report anti-social behaviour. However, you will need to contact your local council to find

out whether there is such a scheme in your area.

Tenants or Leaseholders in housing associations or local authorities can contact them directly. They have specific powers to tackle problems such as anti-social behaviour. 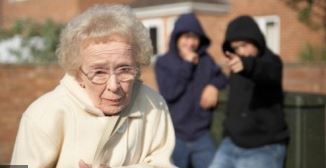 The Anti-Social Behaviour, Crime and Policing Act (2014) is a relatively new law that guides relevant authorities and agencies on what to do about anti-social behaviour. The act received royal assent (became law) on 13th March 2014 and came into force on 20th October 2014.

The aim of the act (amongst other things) was to introduce simple, faster and more effective powers to tackle anti-social behaviour. These powers were to provide better protection for members of the public, victims, communities and to act as a real deterrent to perpetrators and give victims a say in the way their complaints are dealt with.

The Anti-Social Behaviour, Crime and Policing Act 2014 also introduced the “Community Remedy” to empower victims and communities by giving victims a say in the out-of-court punishment of perpetrators for low-level crime and anti-social behaviour.

What action can be taken by agencies

In the first instance, agencies such as the police or local authorities will try to stop a problem quickly where possible by using “early intervention techniques” including verbal warnings, written 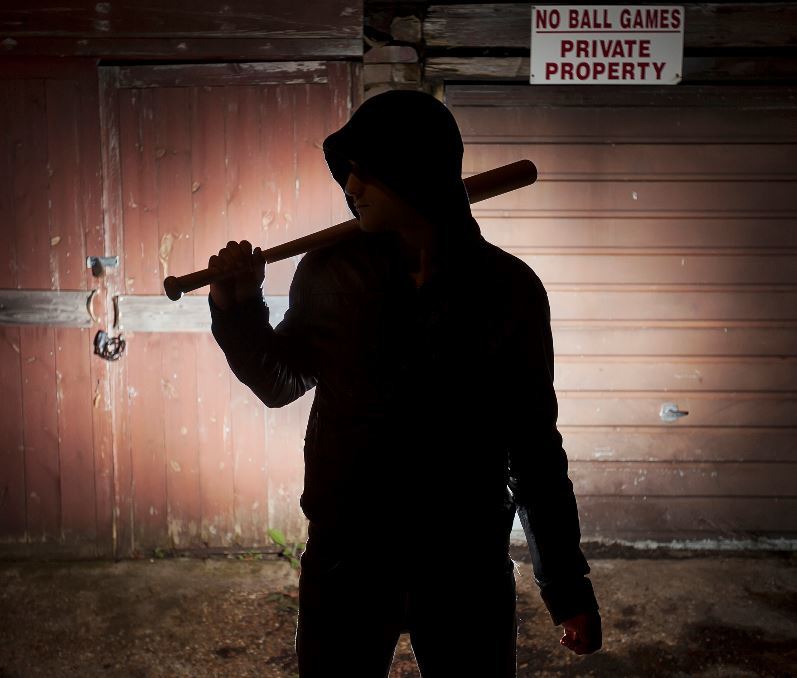 Acceptable Behaviour Contracts are written agreements between local authority and the police with young offenders who are under the age of 18. The juvenile agrees not to be involved with certain anti-social acts. ABCs are witnessed by the young person’s parents.

The above are the first port of call, and agencies must try these early intervention techniques before they take a case to court. If this fails, the Anti-Social Behaviour, Crime and Policing Act 2014 gave agencies new powers to tackle anti-social behaviour. These are:

What happens if nothing is done? 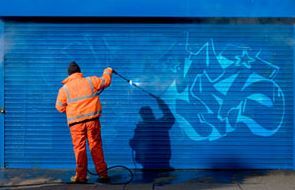 Until recently if you were still not satisfied your next step would have been to make a complaint to the Local Government ombudsman. However, something called the “Community Trigger” was introduced in the Anti-Social Behaviour, Crime and Policing Act (2014) to give more powers to local communities.

What can you do as an individual?

Whilst vigilantism is obviously not encouraged, community support can play an important role in tackling anti-social behaviour and you can help local agencies to take successful action by 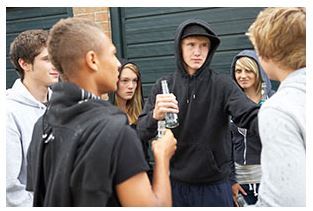 working with them and by playing an active role in your community. By doing this, you can help to demonstrate that anti-social behaviour will not be tolerated and will instead be tackled.

So, when you see anti-social behaviour in your neighbourhood you should report it – the police and other agencies will only be able to tackle it if they know about it. If nothing is being done, you should challenge and question your council, police and local agencies to make sure they act.

By reporting anti-social behaviour, you could be stopping the same problem happening again, either to you or to your family, friends, neighbours, colleagues, visitors and other people in your area. Thus, you will be helping to make your community a safer place.

Reporting incidents also helps to create a catalogue of evidence. It is important to have evidence from victims and witnesses because it demonstrates that the anti-social behaviour is causing distress and annoyance and that it is damaging the community.

You could also consider joining a Neighbourhood Watch or a tenant or resident’s association to help your community tackle anti-social behaviour. Neighbourhood Watch is the largest voluntary crime prevention group in the UK. It is based on the idea of communities coming together to reduce crime and increase community cohesion. If you feel passionately about tackling anti-social behaviour you could even become a special constable or volunteer for Victim Support.

Whilst anti-social behaviour can have a damaging effect on individuals and communities there are lots of people and organisations out there that can help to deal with it, and the government has introduced new legislation which makes this easier. People therefore need to know the options available to them, and to know they do not have to suffer in silence. People should be able to live a peaceful and safe life in a cleaner and greener environment. 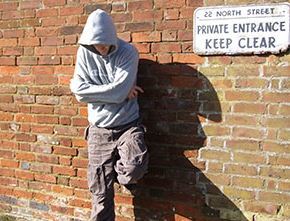 We continually hear about trespassing, burglary, violence, vandalism, anti-social-behaviour and personal attacks. These incidents are very traumatic and can leave residents feeling threatened and vulnerable. The need to secure and protect our home’s, property and family in different ways is becoming increasingly important to us all. We can help illuminate crime in your area with our Residential Street Patrols Scheme. The Residential Street Patrols scheme has proven to be hugely successful in many parts of the UK.

Residential Street Patrols are carried out by qualified professional Protective Security Officers who patrol your neighbourhoods. They provide a visual deterrent, look for signs of crime, help residents if necessary and share information with police. These street patrols have proven a much better deterrent rather than small groups of volunteers who form neighbourhood watch schemes because of the visual presence of a professional security company.

The main benefit of residential street patrols is of course reduced crime rates because of the security officers who are patrolling the neighbourhood dramatically increase the risk for the criminals being caught in action and handed over to the police. This has been shown to be a highly effective crime prevention tactic and neighbourhoods that have been using this service are much safer than those that exclusively rely on occasional/no police patrols.

Since residential security patrols involve a constant presence of security officers, they offer an immediate response, reaching you or your neighbour a lot faster than the police. This significantly increases your personal and your property’s safety because residential patrols do not only foresee physical presence of the officers but they also foresee help to the residents if necessary. Our Officers have the training and equipment to assist in accidents or a call for help by residents. 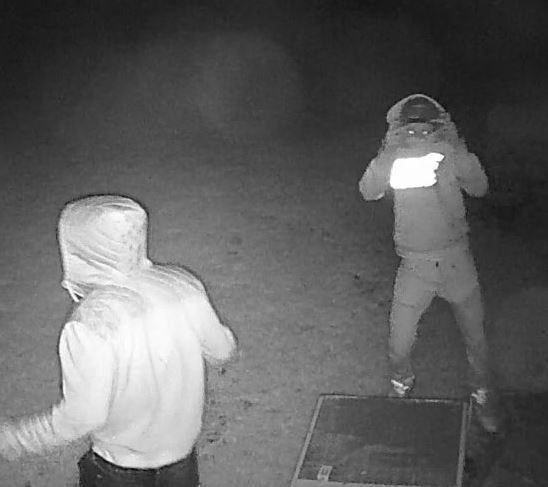 Given that residential Security patrols are provided by private security firms, the question will be on everyone’s mind as to how much does it cost? The cost of residential security patrols depends on the extent of the service and the number of officers required but it is a lot less expensive than you may think. We require a considerable support by the neighbourhood as we must meet costs so a starting figure would be £10 a month per household. A small price to pay as reduced crime rates and safety on our streets is in everyone’s interest. If you have any questions then please call our office on: 01935 474929 or email info@atlasuksecurity.co.uk 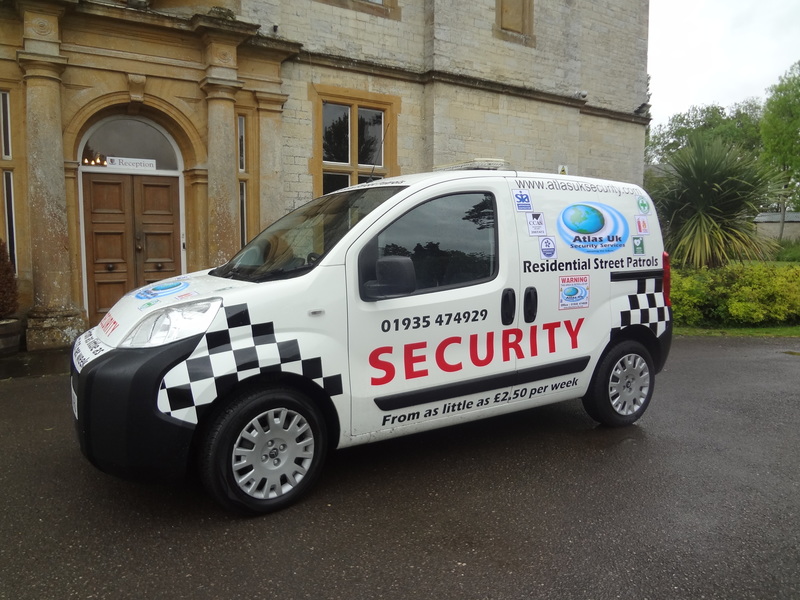