Grassroots terrorism is not a new phenomenon; it is a threat that exists in modern day multicultural societies throughout the world. Often lurking beneath the radar of the security services there may be a complex web of relationships between the potential grassroots terrorist to established terror organisations.

The recent call to arms by Jihadist terror group Islamic State in 2014 is only the latest organisation to ask for wider support from potential grassroots terrorists to attack countries at the heart of their society using a leaderless resistance model previously endorsed by other terror organisations such as Al Qaeda in 2010 following the jihadist ideologues of Abu Musab al-Suri in 2004.

This leaderless resistance model goes back much further exploiting the ideology of grassroots terrorists that may have been radicalised via the Internet or in person by influencers to act outside of traditional hierarchical terror organisations to achieve a political goal.

Traditional terrorist organisations such as the Irish Republican Army (IRA) have a hierarchical structure much the same as military hierarchies with an operational and strategic command element. The soldiers cannot go ahead and mount an attack without the prior approval of the generals. Historically, this organisational structure allowed the security services a better chance of disrupting attacks due to the web of people involved in the decision-making process.

This trend has now shifted to a reliance on grassroots terrorists as an increasingly effective method to attack modern societies from within.

A recent upsurge in attacks by home grown jihadists in the west including attacks in Australia, North America and Europe have shown how effective attacks by these grassroots terrorists can be with limited or in fact no communication or training from organised terror groups.

The public reaction to these attacks on what Atlas UK security would term as soft targets due to the ease of access allowed to the would-be terrorist such as shopping centres, transport hubs, business premises, etc. is FEAR. The mass media coverage generated after these events fulfil the wider terror organisations objectives of creating fear, even when there is no clear link to any terrorist group. This media coverage can also inspire other would be grassroots terrorists and drives the terror organisations propaganda machine.

The fatal shooting of Cpl. Nathan Cirillo at the National Memorial near Parliament Hill in Ottawa, Canada on 22 October 2014, shows how effective grassroots jihadists can be with limited training and resources. The gunman Michael Zehaf-Bibeau had previously been denied a passport to travel to Syria - presumably to fight for Islamic State. His erratic behaviour leading up to his attack was put down his historical mental health issues and he was deemed not a risk to security.

Countries are acting to block travel to places that would equip these self-styled jihadists into effective fighters with the training and combat experience to enhance the effect that they can have on soft targets. However, this does not stop the amateur from instigating an attack in their home country with devastating effect.

The Internet has proved a powerful tool not only to radicalise potential terrorists but also to equip them with the knowledge to plan and equip themselves to carry out such attacks. A lot of information is readily available via the internet and other media sources on how to make simple yet effective homemade explosives, as was seen in the Boston Marathon attack by the Tsarnaev brothers who learned how to make pressure cooker bombs using instructions published in the Al-Qaeda in the Arabian Peninsula’s, Inspire Magazine.

The recent attacks on satirical magazine "Charlie Hebdo" in Paris show how effective an attack can be when followed through by grassroots jihadists that have acquired effective combat training. Brothers Said and Cherif Kouachi, received training from Al-Qaeda in the Arabian Peninsula militants in the Yemen in 2011. The French security services, alerted to this activity, monitored the brothers until the spring of 2014 when the surveillance operation was collapsed. Unfortunately, the brothers could unleash a well-planned attack leading to their subsequent escape and further attacks prior to being neutralised by police officers.

The sheer numbers of potential grassroots terrorists make it impossible to track and protect potential soft targets against attacks. Not everyone can be monitored! Grassroots terrorism has unique challenges for the security services to defeat.

Limited resources and budget constraints, restrict the security services to monitor those persons that have travel, communication or financial links to known terrorist groups. These methods although effective cannot lead to the grassroots terrorist who have not sought advice, funding or training from such terrorist groups fulfilling the aims of the leaderless resistance model.

Security services can only monitor those individuals that it knows about and often the grassroots terrorist will remain below the radar until they strike. The opportunity and the soft target options available to these would-be attackers is limited only by their imagination and resources to affect an attack. Thus, these forms of attack will remain part of modern life.

What Can You Do?

To assist in the defeat of this type of threat governments across the globe have reached out to the public to increase vigilance and report suspicious behaviours to the police.

We all have a part to play and we are all well equipped to play this part, ALWAYS TRUST YOUR INSTINCT; report and act when things do not feel or look quite right.

THE CURRENT UK SECURITY THREAT IS CLASSIFIED AS

‘This means an attack is highly likely’

Everyone should always remain alert to the danger of terrorism and report any suspicious activity to the police on 999 or the Anti-Terrorist hotline: 0800 789 321. 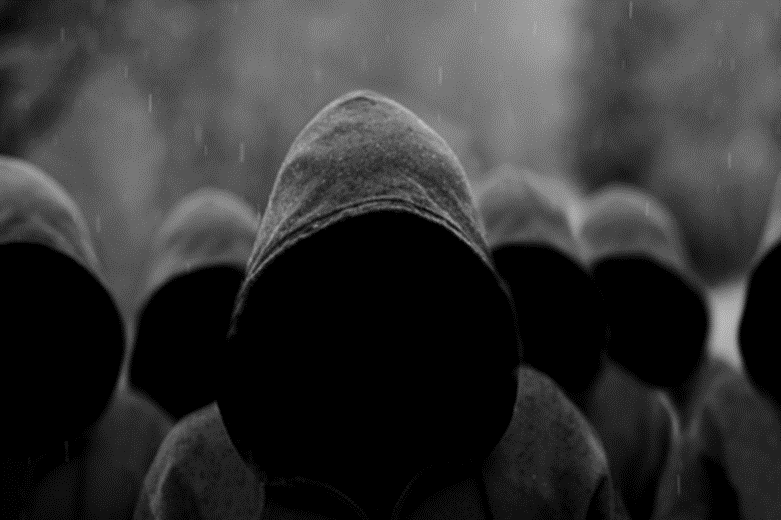